At the turn of the century, we were in the industrial age. People, in general, did more physical work and had to use their human machines (body) more actively in their daily duties, which were beneficial for their health. As we progress into the technology age, we slump over our office desk and computer 8 hours per day. Then we drive home in our motor vehicle to flop down onto our couch for an evening of television entertainment. There is no more playing ball with the kids on the lawn or taking the dogs for a brisk walk down to the park.

As the world around us changes, so does the fitness industry and will continue to do so. There are many different variations of exercise methods for all shapes, sizes and age groups.

Joseph Pilates was born on the 9th of December 1892 in Germany. As a child, he was sickly. Riddled with asthma, rickets and rheumatic fever, he soon realised that his human-machines internal combustion systems ran only on one piston. He decided to do something about it, so he embarked on a physical fitness journey to strengthen his body. This decision subsequently took him from a ‘nobody’ to one of the most recognised ‘somebody’ in the body fitness industry to date.

What sets Joseph Pilates exercise method apart from the rest is that he concentrates on strengthening your core muscles and improve your breathing technic. Mr Pilates concluded that our “modern” lifestyle develops lousy posture and that insufficient oxygen intake due to terrible breathing habits lay at the root of poor health. He ultimately developed a series of exercise training techniques and engineered all the equipment and machines required to teach his method. In 1925 he immigrated to the United States of America and settled in the Big Apple. During his sea voyage to the land of opportunity, he met his future wife, Clara.

The couple founded a studio in New York, and they called their teaching method “Contrology”. It relates to training your mind to control your muscles, i.e. to be mindful of your muscle movement. Its primary focus is on core postural muscles that help keep the human body balanced and support the spine. It teaches awareness of breathing, alignment of the spine, and strengthening the deep torso and abdominal muscles.

They soon established a devoted following in the local dance and performing arts community of New York. Famous dancers became devotees, and the Dance Academy regularly sent their students to the Pilates couple for training and rehabilitation. His exercise methods built flexibility, strength and stamina. When it became known that ballerinas were attending the Pilates studio on 8th Avenue, society women followed suit. To date, their Pilates studio is still open and operating and is well worth a visit if you ever find yourself in the Big Apple.

Joseph passed away in New York at the ripe old age of 83 in 1967. They taught and supervised their students well into the 1960s. He managed to get all the pistons of his human-machine humming again, and it allowed him to live a healthy, happy and adventurous life. He leaves a legacy behind that unfortunately he could not have fathomed the impact and influence his exercise method would have on millions of people worldwide.

Pilates is currently one of the fastest-growing fitness methods of training in the world. Not only is it used in private studios, sports centres and gyms, but also Physiotherapist rooms for rehabilitation purposes.

A famous Joseph Pilates quote: “Physical fitness is the first requisite of happiness. Our interpretation of physical fitness is the attainment and maintenance of a uniformly developed body with a sound mind fully capable of naturally, easily, and satisfactorily performing our many and varied daily tasks with spontaneous zest and pleasure.”

There is another saying; “If you don’t use it, you lose it”! That rings true when it comes to your incredible human machine. Just like a motor vehicle, if you let it stand for a couple of months or years in the garage unused and then decide to take it for a spin, you will not be able to start it on the first attempt. There would be a lot of degrading in the tyres and engine that would need to be replaced. But unfortunately for our human-machine, replacing body parts isn’t always an option. We should therefore cherish what we have and use it wisely. Fill it with optimum healthy food (fuel), and exercise to keep our bodies strong and flexible.

Let it be a fully functional human vehicle in which we transport a joyful soul and a sound mind.

Pilates4. Me – Let the change begin! 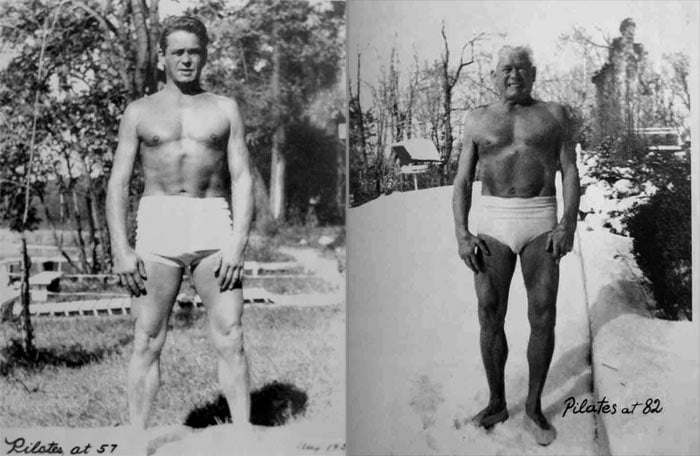